2017, we’re done with you. Don’t take it personally, but looking back just takes more energy than looking ahead. We’ve had our incredible moments with some real what-the-fresh-hell thrown in. And now, it’s time to make like Bernie in that iconic car burning scene from Waiting to Exhale, and let go. So we’ve put together a playlist of breakup songs by our favorite divas and their wise words—on rejection, regret, acceptance, perseverance, pride and and ultimately redemption—to help us walk into 2018 fiercely.

WATCH IT | WORK IT TO ESCOBAR'S REMIX THIS FRIDAY

Eli Escobar has been on the New York underground music scene and has kept people dancing since the 90s.  The globetrotting musician is known for his signature 4/4 disco and house beats and his Escobar's video for "Work It" on Dither Down  giving us the right Friday night vibe.

WATCH IT | From Mariah to Ariana, These Divas Are Our #WCW

GET INTO IT | London

In such a globalized world, we're excited to spend some time with our friends from across the pond and see how they participate in digital fashion trends.

HEAR IT | Twin Peaks gets STRANGER with SoundCloud mashup

SEE IT | Javascript As New Frontier of Digital Art Peter van der Zee's site, http://js1k.com, began as a small coding competition for Internet enthusiasts, but over the span of 6 years it morphed into a kind of online gallery space for digital artists…their medium of choice? Javascript.

French photographer and animator Nicolas Monterrat has a delightful Tumblr titled Un gif dans ta gueule…, which more or less translates to ‘A gif in your mouth.’ Monterrat takes historical photos, paintings and other images and animates them to create humorous and often rather surreal gifs. The attention to detail is incredible, and if you’re feeling a bit glum, looking through his playful archive of work will definitely brighten up your day.

A little knowledge throwback to remind us that everything is a remix. 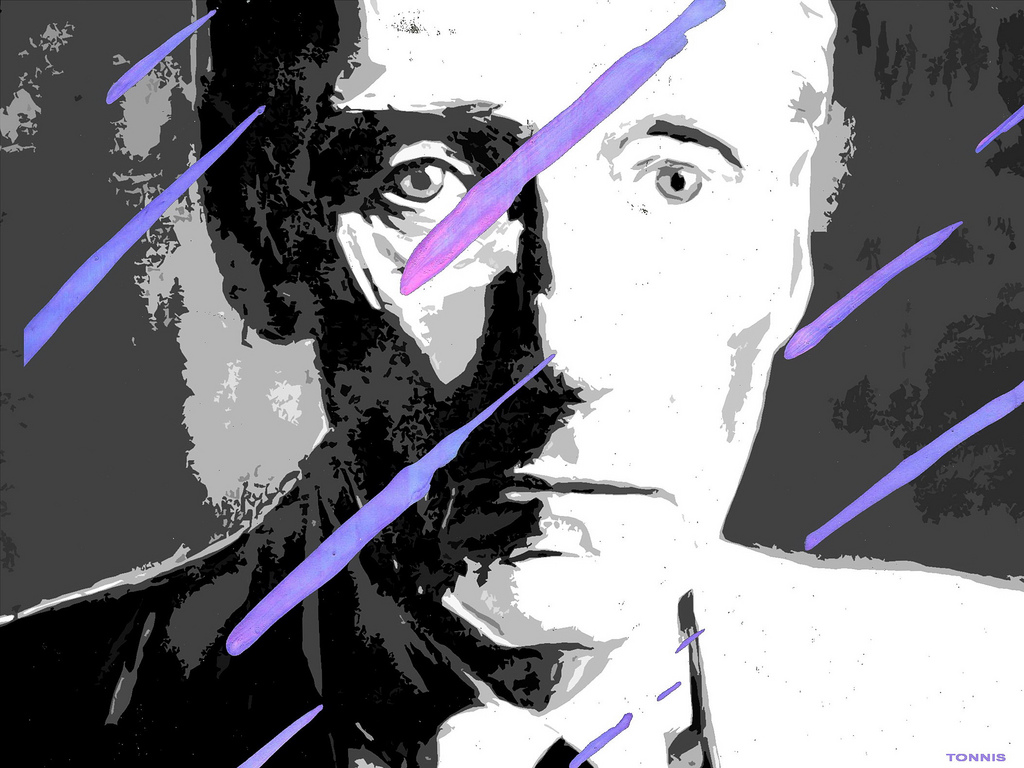 Seattle-based artist Mary Iverson’s work is a mash-up of painting and collage, filling natural and manmade landscapes with brightly colored shipping containers. The containers—which constitute the painted portion of the works—are overlaid with a pattern of lines and interrupt the otherwise serene natural landscapes.

READ IT | It’s Oxford Dictionary Official, ‘Mx.’ is the new Mr. or Ms. For Gender-Queer People

The gender-neutral honorific ‘Mx’, pronounced ‘mix,’ is in the works to be officially added to the Oxford English Dictionary. ‘Mx’ is the preferred honorific for trans people or for people who don’t strictly identify with ‘Mr’, ‘Mrs’ or ‘Ms.’ In the last two years, ‘Mx’ has become an increasingly recognized prefix, with performance artist Justin Bond as one of the more notable figures who prefer the gender-queer prefix. As a response to the way words are adapting to an increasingly inclusive world, the Oxford English Dictionary is considering the addition of ‘Mx’ in its next edition.